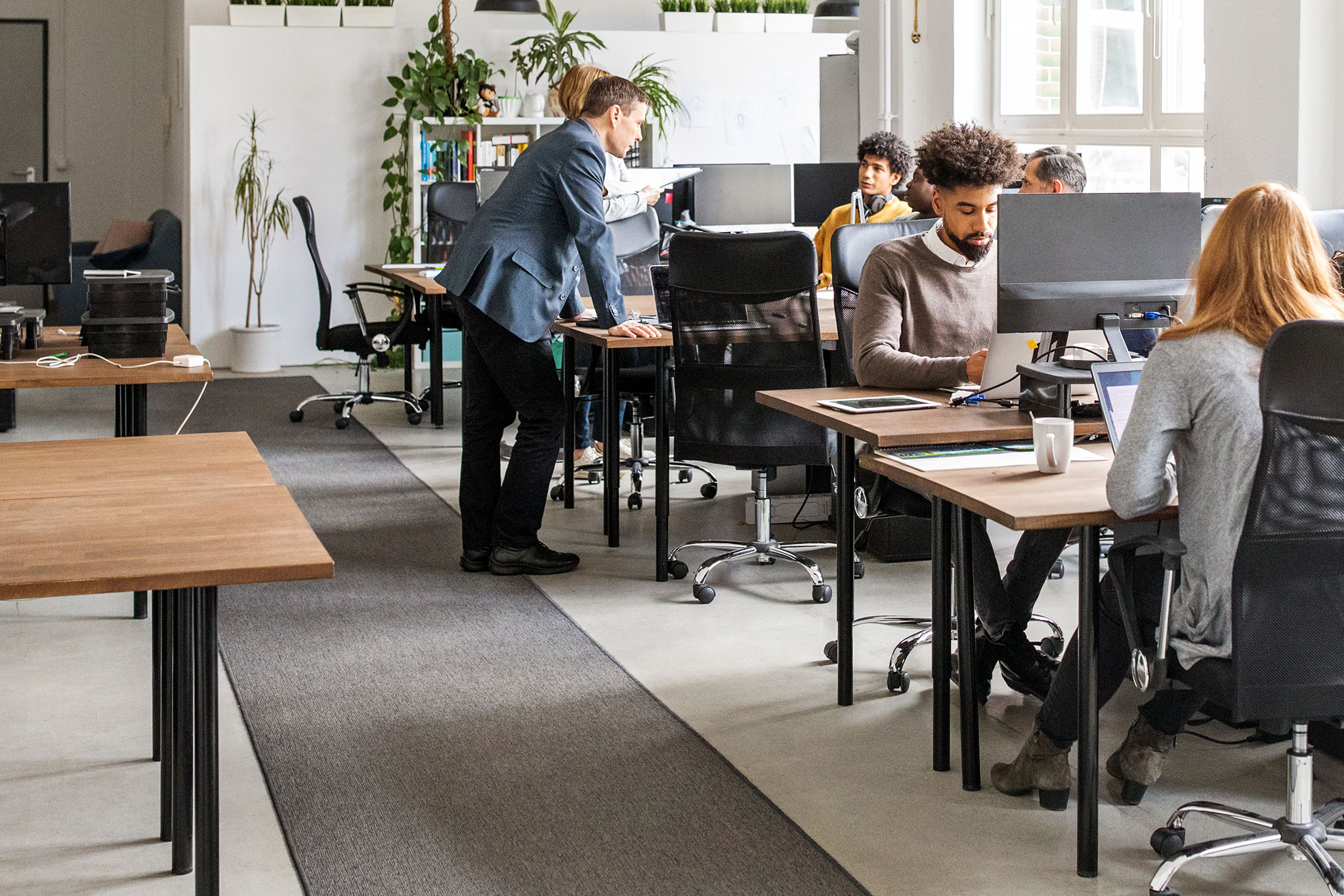 How to Deal with a Jerk Boss

How to Deal with a Jerk Boss

One of the biggest complaints I get from clients is that they have difficult bosses. The boss is on their case all the time, or worse, he doesn’t know their name. Whatever his deal, he’s not doing them career any favors.

The obvious move is to have a Big Talk with your boss where you hash things out. You’re not going to take it anymore. It’s time to stand up for yourself. It’s psychologically healthy, right?

Ugh, my palms are sweating just thinking about it.

There’s a power differential we can’t ignore here. Your boss has control over your livelihood right now, and too much advice floating around doesn’t weight that heavily enough.

Your Boss, the Professor

Instead, try a small change in mindset. Think of your boss as a professor, and you’re the student. Let’s put aside his style, his annoying habits, or his communication gaffs (unless he’s breaking a law, crossing over to actual abuse or harassment).

In school, when you had a professor you hated, the stakes were lower because you had five or six other professors, and you’d move on from them in a few months anyway. That’s the perspective you want to draw on here. Lower the stakes to calm down and begin to think strategically.

Break your job down into 5-10 major tasks. If your boss was your professor and he was going to give you a syllabus, what percentage of the grade would he give each duty? Go through each thing you do on the job.

Now, how much time do you spend on the tasks most important to him? Try to be honest. You can even do a time log for a day to check yourself.

Try for a Better Grade

Once you have your list, try a little experiment to get a better “grade” with him. Put some time into the things he values, if you haven’t made those a top priority. Study the results. Does anything get better between you two? Does the change in mindset take some of the sting out of your relationship? Are you any less stressed at the end of the day?

If you do all the things he values and nothing is improving, then are you communicating with him on those objectives in a way he prefers? Is he an email guy and you’re popping your head in to report on progress? Is he a head popper, and you’re sending emails?

I know, I know. The last thing you want to do in life is make your jerk boss’s life easier. But remember, your end goal is to get as far away from this person as possible, and like it or not, this person evaluates you and is a potential reference. This is one way to face the problem head on.

And remember, like your professors, you really will have more bosses in your career. Who knows, he could be fired tomorrow. I’ve had more than one boss escorted to the door with a box. So what if you experiment with trying to give him what he wants, and analyze his reaction like a scientist? Try to depersonalize it, and meanwhile, always keep an eye on how you’ll get to the next professor, of course.

Know someone who has a jerk boss? Please consider passing this along. Thanks!

Links for your weekend:

My thoughts on my second most common complaint from clients: boredom on the job.

A t-shirt to wear while you make your priorities list for your boss.

Love this program idea for new grads who want to work in a nonprofit before going corporate.

What women need to know to get to the top.

We use cookies on our website to give you the most relevant experience by remembering your preferences and repeat visits. By clicking “Accept All”, you consent to the use of ALL the cookies. However, you may visit "Cookie Settings" to provide a controlled consent.
Cookie SettingsAccept All
Manage consent

This website uses cookies to improve your experience while you navigate through the website. Out of these, the cookies that are categorized as necessary are stored on your browser as they are essential for the working of basic functionalities of the website. We also use third-party cookies that help us analyze and understand how you use this website. These cookies will be stored in your browser only with your consent. You also have the option to opt-out of these cookies. But opting out of some of these cookies may affect your browsing experience.
Necessary Always Enabled
Necessary cookies are absolutely essential for the website to function properly. These cookies ensure basic functionalities and security features of the website, anonymously.
Functional
Functional cookies help to perform certain functionalities like sharing the content of the website on social media platforms, collect feedbacks, and other third-party features.
Performance
Performance cookies are used to understand and analyze the key performance indexes of the website which helps in delivering a better user experience for the visitors.
Analytics
Analytical cookies are used to understand how visitors interact with the website. These cookies help provide information on metrics the number of visitors, bounce rate, traffic source, etc.
Advertisement
Advertisement cookies are used to provide visitors with relevant ads and marketing campaigns. These cookies track visitors across websites and collect information to provide customized ads.
Others
Other uncategorized cookies are those that are being analyzed and have not been classified into a category as yet.
SAVE & ACCEPT
Go to mobile version